Today’s random tale is another throwback from my earlier days in blogging and recognizes two things that I love: 1) my nephew & 2) superheroes.  I hope that you enjoy!  I also, just for kicks and giggles, put my name into a Superhero Name Generator and was informed that my superhero name would be ‘The Incredible Freak’.  Yeah……not entirely sure what that’s about, but I hope that you all have an amazing Thursday 🙂

My (then) 4 year old nephew is a pure comedic genius, and the things he comes up with make this random auntie proud.  I was on the phone with my mother a few months ago, just doing my regular family check-in.  She was being encouraging as I was feeling down that day after having a not-so-pleasant experience with a member of the opposite sex.  She proceeds to put my nephew on the phone so that he could say ’Hi’, and after greeting me, he tells me that I’m his girlfriend.  Now, I saw two things wrong with this picture: (1), he should not think that it’s appropriate to just tell a woman that she is his girlfriend.  She should be extended the invitation, preferably after being wooed with nice things like dinners and superhero movies directed by Christopher Nolan, and (2) I can’t have my own nephew be my rebound guy!  I kindly turned down my nephew’s offer after explaining to him that I wasn’t his girlfriend but his aunt.  He simply replied ‘Ok’, and presented a counter offer – that I could instead be his superhero sidekick!  As much as I love superhero movies, I was ready to jump at the offer, until he told me that my name would be ‘Elephant’.  *insert record scratch*  Come again little guy, because I know you’re not trying to take a jab at my weight?  I surpressed the side of me that wanted to throw shade at a 4 year old, and instead happily accepted his offer.  Now, you may not find me driving in a tricked-out car and responding to a lit signal displayed in the night sky, but I will be around……watching……protecting…….I am Elephant! 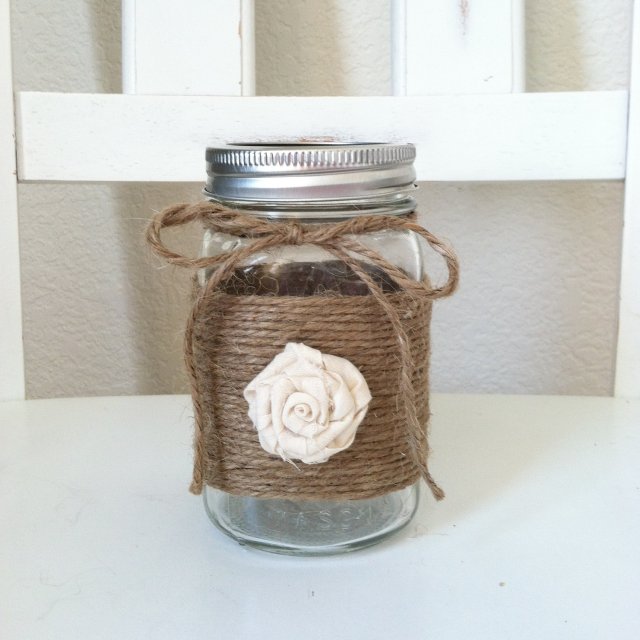 So we’re almost 2 weeks into the new year, and for some, the “new car smell” of 2013 may be starting to fade.  I’m honestly still pretty hyped (….but I’m that way in general about a lot of things), yet I still have been challenged to maintain my normally positive attitude when faced with negativity & opposition.  Grrrrr!!!  So when I came across the idea of starting a gratitude jar, I jumped at it!  A gratitude jar is an idea that has been circulating around the interwebs (largely thanks to Pinterest) that basically involves writing down at least one thing that you’re grateful for everyday on a strip of paper and placing that paper slip in a jar.  At the end of the year, you dump out the jar and revisit all of the things that you were grateful for.  How cool is that?!  This challenge doesn’t have to be limited to the entire year, for some it might be better as a monthly activity.  I like the idea of doing it for the entire year (but reading periodically when I need a reminder) – provided I can find a jar that’s pretty and big enough to hold 365 slips of paper 😉  Let me know if you’re already a gratitude jar veteran and how practicing this exercise has impacted your life.  I’m hoping that the constant reminder of the blessings that are in my life will completely obliterate any negative thing that may try to get my attention.  Also, if you’re feeling the cutey-patooty jar pictured above – visit this Etsy shop.  Have a fabu hump day!

This is me right now, because I’m no longer blowing my nose every 5 seconds from a cold that I believe was transmitted from one of my darling nieces or nephew over the Christmas holiday…..that & because, it’s FRIDAY!!!  Did you miss me?  I took some time away from you lovelies to enjoy time with my fam (which included dancing until I was sore to Dance Central 3 – you can’t see me on ‘Da Butt’), and to reflect on the start of a new year.  I’m excited about 2013, as it’s the year I turn 30 (a legit adult!), embark on some interesting creative endeavors, and ultimately continue to progress in chasing down dreams.  I’m working to put some things into place to facilitate the completion of my goals for the year, and in doing so, have identified things that have hindered my progress in the past.  Here are some things that I’ve been able to identify that I want to let go of in the new year:

So yep, I’m looking forward to starting the New Year off right!  Enjoy this first weekend of 2013, here are some events happening in and around the RVA area.  Also, enjoy this go-go classic while I try to remember all of the choreography that ‘Dance Central 3’ taught me *starts stretching*.  Have a fabu Friday!

*The misspelling of ‘everyday’ in this sentence was intentional, as I felt the need to pay homage to the unique speech patterns commonly found in my area of origin – the DC Metropolitan Area (otherwise known as the DMV).  Stand up!